It is a sequel to the 2018 film, Black Panther. It is the thirtieth film of the Marvel Cinematic Universe and the first film of Phase Five.

As difficult as it is to envision Black Panther 2 without Chadwick Boseman, it’s something Marvel Studios will have to confront eventually.

The actor captivated audiences in 2018’s Black Panther playing T’Challa, king and protector of the fictional nation of Wakanda, and many were looking forward to a 2022 sequel.

But unbeknownst to fans, Boseman had been diagnosed with colon cancer even before the first film came out, and tragically, he died on Aug. 28 at 43.

But, what can we expect from this film? Here’s everything we know so far about Black Panther 2.

Most of the original cast would be back, with Martin Freeman.

As filming draws near, producer Nate Moore was asked about the possibility of Chadwick Boseman’s recast and the answer he gave to Vanity Fair was pretty clear:

“No. I can say. That is not going to happen. I would be honest if it was. Chad’s passing is a whole life thing, and I loved the guy as much as the character. I think we have to be very careful and thoughtful about when he appears, because he meant so much to a lot of people as much as he meant to us. But yeah, we wouldn’t use that as a ‘Come next week; maybe you’ll see Panther!’ We wouldn’t, and he’s not.” 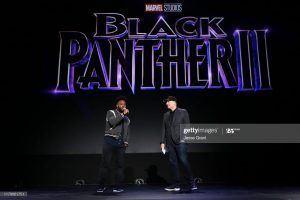 As of Nov. 20, there was some news on Black Panther 2. Filming for Black Panther 2 now is finally scheduled to begin in July 2021, according to The Hollywood Reporter.

A representative for Disney did not immediately respond to a request for confirmation, and THR isn’t naming sources, but it seems a likely timeline.

With word in late 2020 of two promising coronavirus vaccines moving forward, Marvel has to be hoping Hollywood will be cranking back into gear by next summer, as the world tries to move on from the devastating pandemic. If ever Earth could use a superhero, it’s now.

The Hollywood Reporter says the production will start filming in Atlanta in July and continue for upwards of six months.

‘Black Panther 2’ Release date: When is it coming out?

Before the untimely passing of Boseman, the sequel was set for release on May 6, 2022 with production set to start in March 2021.

There are currently three Marvel movies planned for release in 2022 with Black Panther 2 joined by Thor: Love and Thunder  (May 6) and Doctor Strange in the Multiverse of Madness (March 25).

Disney has also set aside October 7 for an as-yet-unconfirmed Marvel movie release. So it could be that Black Panther 2 is delayed until then or into 2023 where there are four unconfirmed Marvel releases planned. 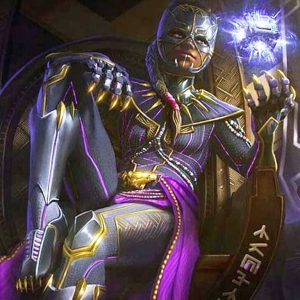 1.Who is the villain for Black Panther 2?

Michael B Jordan‘s intense and troubled villain Erik Killmonger could also be in for a return, potentially in flashbacks.

2.Is Black Panther stronger than Namor ?

No trailer are available yet. We don’t expect any footage until late 2021 because the movie hasn’t started production yet.

‘Black Panther 2’ is currently due to be released on July 8, 2022. It seems we will be waiting a long time to watch it.

So, These are the major information about ‘Black Panther 2’. Are you excited to watch it? Do share your thoughts about it in the comments section given at the end of this post.